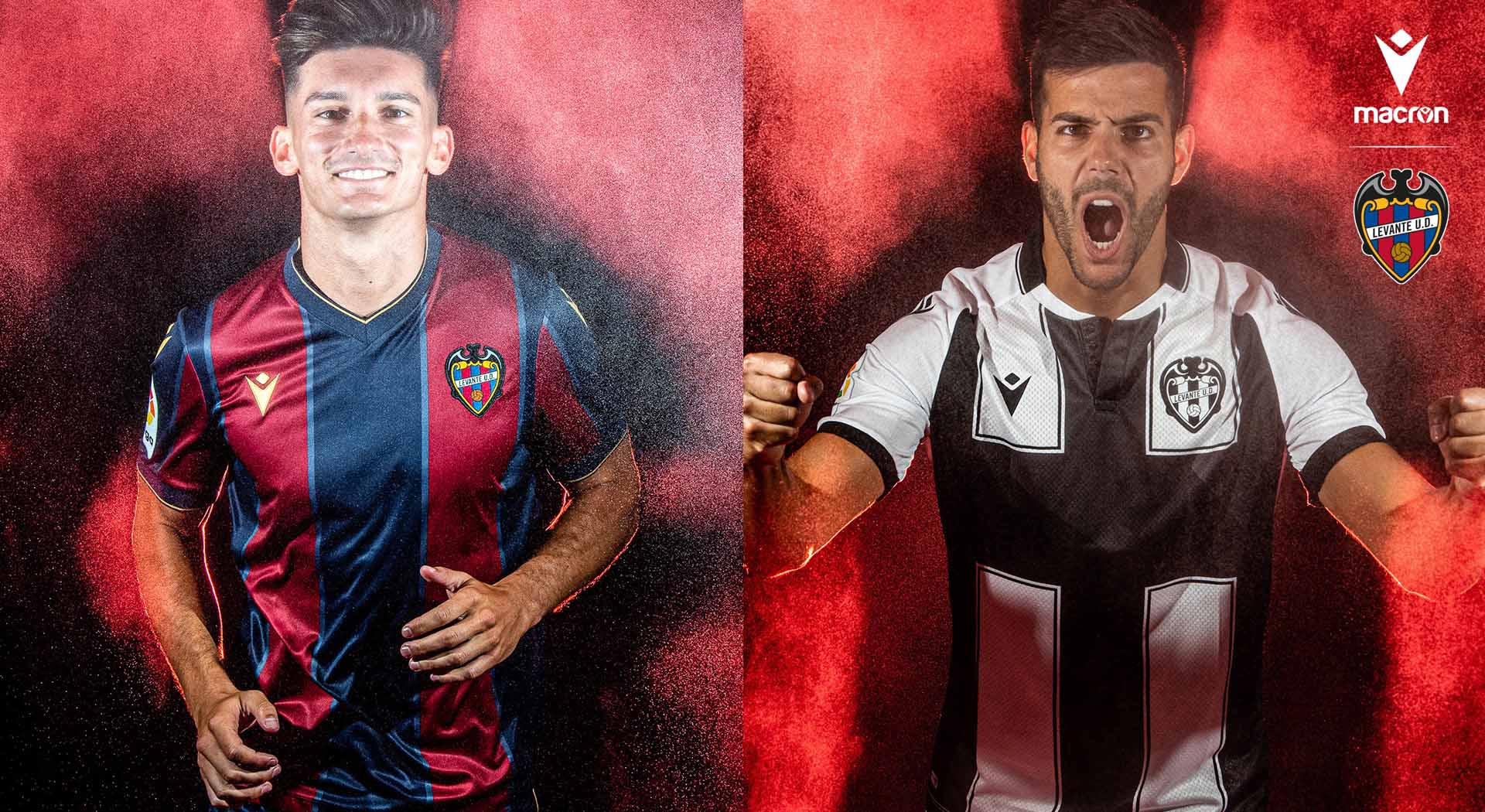 After the announcement of the renewal of the partnership between Levante UD and Macron, which has reached and surpassed 10 years, the Valencian club and the Italian brand have unveiled the new match strips that “Los Granotes” will be wearing during the next competitive season. Tradition, but also innovation in the styling and fabrics used, together with a reference to the glorious past and the love for the colours and the city that the club represents.

The new Home shirt is inspired by a historical Levante shirt, from when the club was first promoted to La Liga in the 1960s. It has a knitted V-neck and the shirt has the traditional azul-grana (navy blue-maroon) vertical stripes. On the inside of the navy stripes are two thinner stripes in a lighter tone-on-tone navy on the outer edges. The backneck is customised with the club colours and the club’s name and badge. On the edge of the collar, both inside and outside, there is a fabric covering in the azul-grana colours. On the bottom of the shirt there is an inner tape with the inscription LEVANTE UNION DEPORTIVA, EN 1909 NAIX EL CLUB QUE PORTE AL COR (Levante Union Deportiva, the club I carry in my heart was born in 1909). On the breast, in gold, Macron Hero, logo of the Italian brand, on the left the Levante UD badge. The shorts are navy blue with a maroon drawstring, the navy blue socks have two horizontal maroon bands in the centre and a fine gold stripe on the upper edge.

Black and white feature in the Away version with a polo collar edged in black and a three-button closure. The shirt has vertical black and white stripes with a shaded 3D effect pattern on the inside of the black stripes. The front fabric of the away jersey is jacquard all over and on this occasion Macron has used a new fabric, called “windlock”, designed to improve the breathability and lightness of the garment. The backneck, back neck tape and shirt bottom feature the same details as the Home version. The shorts are white with black side bands, the white socks have two horizontal black bands, one in the middle and one on the upper edge.

The new shirts, as well as the clothing line created by Macron for Levante U.D., can be purchased online on the Valencian club website and in the dedicated section on the macron.comwebsite. 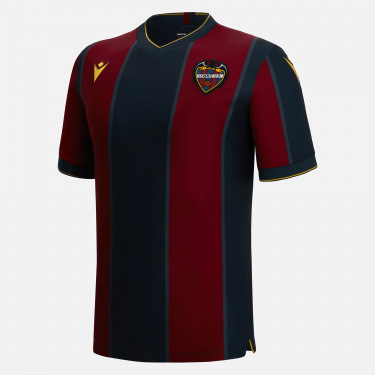 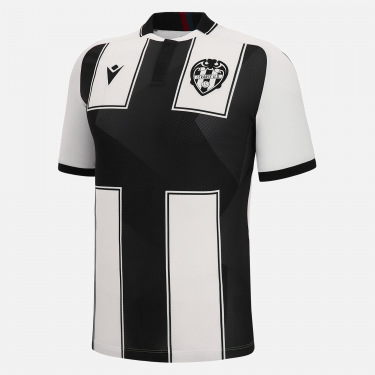