Wrexham AFC: A vibrant community, a strong legacy, and a virtuous movement

PAST PRESENT AND FUTURE OF THE CUP GIANT-KILLERS

The oldest professional football club in Wales and the third oldest in the world, with a record 23 Welsh Cups to its name, Wrexham AFC is rich in history, tradition, and support from its ever-growing community. Despite having played all but two years of its league history in English leagues, their Welsh Cup triumphs earned them regular forays into the European Cup Winners’ Cup and a reputation as ‘cup giant-killers’. They currently sit at the top of the National League and are set to play in the FA Trophy final on May 22nd. Following the recent takeover by Hollywood stars Rob McElhenney and Ryan Reynolds, the goal is to return to the EFL and give the Wrexham name an even greater spotlight on the international stage.

Wrexham has a proud history of developing homegrown talent. The aim is to foster new talent and maintain that talent within the club, granting pathways for players to step up from the junior teams into the senior squad. Just this season, six Wrexham AFC Youth players signed professional contracts with the club, and six players from the Wrexham AFC Women’s U19 made their first-team debut. The latter team’s manager, Gareth Owen – himself an iconic former homegrown talent – said: “It’s probably the most rewarding thing to see the Under-19s who have made the step up to senior football. The pathway is there for anyone that wants to progress.” These pathways allow the club to engage even more with the community which has supported them through thick and thin – notably in 2011 when supporters rallied to raise over £100,000 in a day to prevent financial decline and save the club’s future.

The Racecourse Ground, the oldest international football stadium still in use, has hosted many historic matches and grown many of Wrexham’s club legends. Among others, the club’s all-time record goal scorer Tommy Bamford with 175 league goals in 204 games, and player-turned-manager Arfon Griffiths, with 591 appearances for the club and managing the team to promotion into Division Two in 1978, Wrexham’s best era. These figures have been particularly influential and continue to inspire new generations of Wrexham players. Under the new management, there is a strong commitment to maintaining and reinforcing the club’s heritage, beginning with the redevelopment of the Racecourse Ground to improve the venue for the club and its supporters.

A history to be celebrated and built upon. An incredibly vibrant and dynamic community united by a common passion, giving their everything to the club and getting just as much in return. And a feeling of loyalty, of belonging to something bigger, of togetherness no matter the circumstances. These are the values that have always characterised Wrexham, woven into the fabric of the town and reproduced by the Italian brand Macron in the design of the jerseys. In their bespoke Italian style, the kits produced for Wrexham represent an ode to a tradition, a legacy, and a future that is only just beginning to be written. 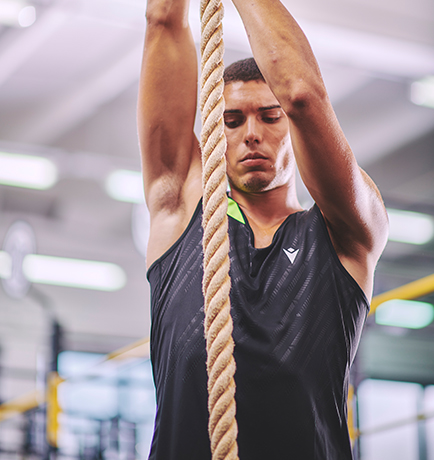