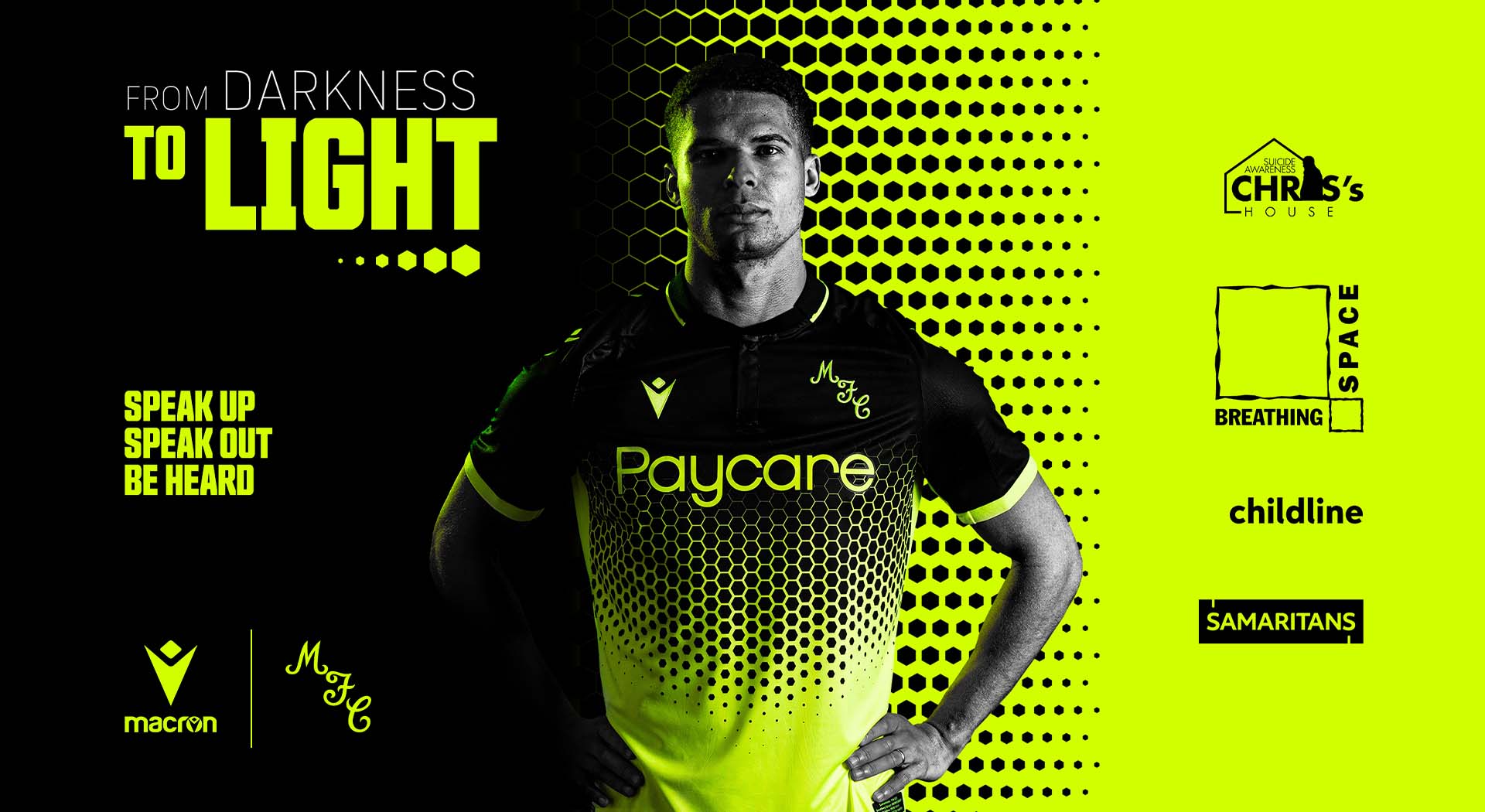 A kit to convey a message of positivity and encourage those in distress to come forward and ask for help. The new third kit created for Motherwell FC best represents the Scottish club's social commitment to suicide prevention and does so not only visually but also concretely.

The kit, which graphically represents the gradual transition from shadow to light, comes with a patch in the bottom left corner containing the contact details of the four charities involved in this initiative, namely Samaritans, Breathing Space, Childline and Chris's House. All proceeds from the sale of the kit will, in fact, be distributed equally by Motherwell FC to these charities, which are dedicated to providing an essential first contact for those who feel suicidal.

The invitation to open up and try to get help is also reiterated on the back of the kit, with a strip containing the message 'Speak up, speak out, be heard'.

These are the words of Alan Burrows, Chief Executive of Motherwell FC, regarding the launch of the new third kit:

"We wanted to come up with something that gave back to the charities which the club constantly signpost people towards. Most of our messaging around positive mental health and suicide prevention encourages people to use these amazing services, which are sadly getting much busier in these difficult times".

"Our new kit will not only increase the visibility of what they do with the helpline numbers patch but will raise vital funds to allow these charities to continue helping people who need it most in the local community".

The kit is already on sale in Motherwell's physical shop and the Scottish club's online store, as are the home and away versions made for this season.