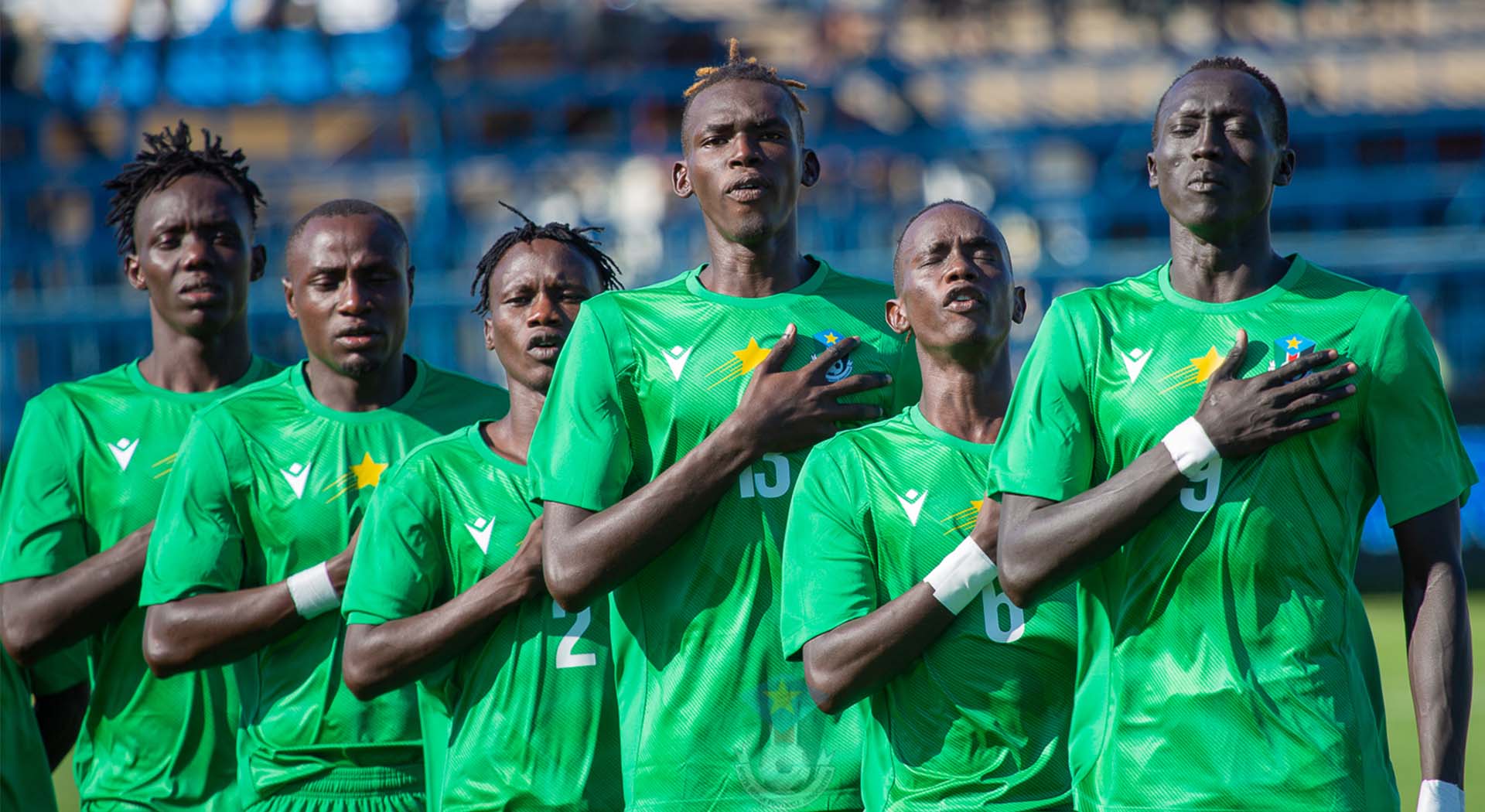 The South Sudanese national team is only eleven years old – the same age as the nation it represents. South Sudan gained statehood on the 9th July 2011. Exactly one day later, to celebrate the event, the new national football team strode onto the pitch to play against a Kenyan club. In addition to representing the country, the world’s newest national squad has another major task: uniting the different peoples of the country and inspiring growth in a state that is only just learning to be a nation.

FOOTBALL CAN HELP A NATION GROW

The South Sudanese national team has adopted the name ‘Bright Star’. And football can serve as a guiding light on the road to change in a country still feeling the effects of years of suffering, poverty and internal divisions. Kicking a football can bring incredible happiness which is what the young people of the country need. It is also why Augustino Maduot, president of the South Sudan Football Federation, asked Stefano Cusin to take charge of the team. The main task facing the Italian trainer and football coach is human, even more than technical. Around the ball, the players can finally experience unity and a sense of belonging to the colours of the national flag and the shirts they wear. Cusin is a football man, knows the sport well, and can sense latent talent even in a barefoot boy playing in the street. The dream of all these young athletes is to reach the final rounds of the African Cup of Nations. It would be an amazing achievement not only for the sport but for the whole nation.

‘Our purpose is to improve unity and national pride through football. We want the new generations to achieve their dreams.’ Augustino Maduot, South Sudan Football Federation President declares. ‘We are building new structures to enhance our football system. Our movement is growing with new pitches and our own referees federation. We have created school football programs and we are encouraging all women who dream of playing football. We are creating a new mentality. We have big dreams for the future.’

A TEAM THAT EXEMPLIFIES UNITY

In the meantime, there is work to develop the football movement. There are problems, of course, but also a desire to solve them and give South Sudanese football the tools it needs to grow and hopefully to succeed. There is enthusiasm in the air, the sort of enthusiasm necessary to overcome obstacles like the existence of only one pitch – and that with artificial grass – on which to train the senior, junior and women’s teams and play championship matches. But nobody complains of fatigue. The players work hard, enjoy themselves and learn the meaning of unity and sharing. It is an important signal from a group of players of different ethnicities and a great example of unity for the country.

‘The national team had a significant impact on the population. The sports results and the attitude on the pitch led people to identify with the team. Youth football is also growing a lot, bringing new investors.’ Stefano Cusin, South Sudan National Team Manager declares. ‘The country needs a positive example of sport, and it is essential to invest in new facilities to grow the whole movement.’

THE MISSION OF AMY LASU

Amy Lasu is the captain of the South Sudan women’s team. At three years of age, she was forced to flee to Kenya, where she grew up, got a degree and, like her father before her, became a footballer. Now she has chosen to return to South Sudan as a role model for all the young girls who want to build a better future, follow their dreams and live the free from restrictive tribal traditions. Young women like Amy Lasu are the hope of this young national side. Sport and football provide the motivation needed to change things, starting with small but practical gestures like that of Shilene Booysen, the trainer of the women’s team, who arranged for containers to be delivered and transformed into dressing rooms and laundries to provide work for the girls.

‘The role that Amy is playing in raising the women's football flag in South Sudan, is something to be valued. In a country where resources are very scarce for especially girls and women in the game, she has become a beacon of hope. Starting an NGO with her fellow team mates to raise awareness around the struggles women face, has been the highlight of my time as the Head coach of the women's national team. They have shown resilience and a growing hunger to do better for the next generation of athletes.’ Shilene Booysen, South Sudan Woman National Team Manager says.

In this case, ‘become your own hero’ means building not just your own future but that of an entire nation.

‘This national squad symbolises the philosophy behind our company’s work: “Become your own Hero”. Those playing football in South Sudan today are already heroes and are helping to create something as important as winning the World Cup or any other major trophy,’ Francesco Ventura, Area Manager of Macron S.p.A., asserts. ‘In conjunction with the Federation, we are helping to promote the development of a whole new “football system” in South Sudan. Apart from making a sporting and emotional contribution, this project is also financially important for the nation in terms of developing the Football Federation, organising a national championship, producing merchandise, creating new jobs and infrastructure, and a whole series of other factors. We wish every success for the future to President Maduot and team manager Cusin.’