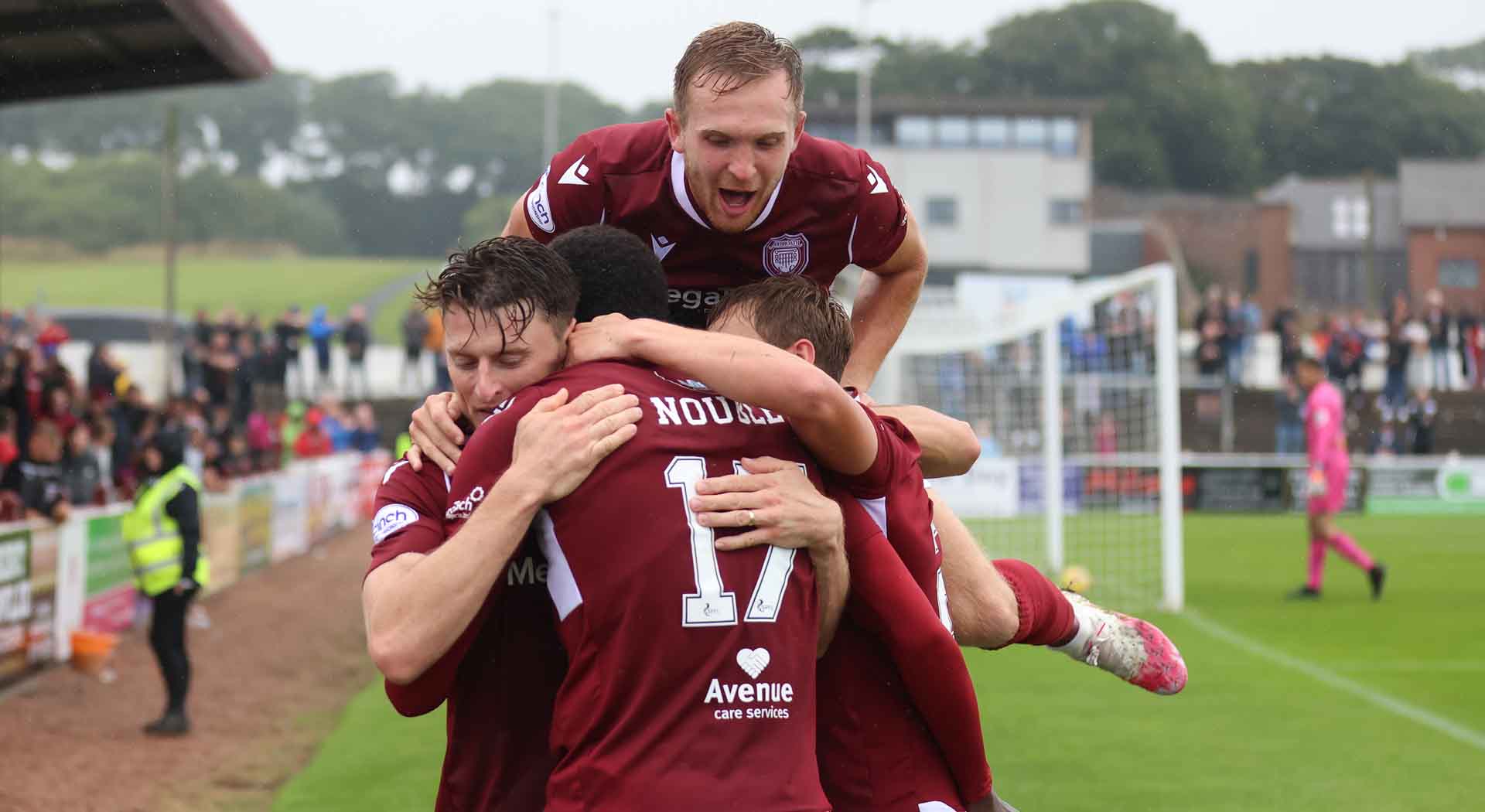 Formed in 1878, prior to the legalisation of professional football in Scotland, Arbroath Football Club is a club with solid foundations, who have lived and shared much success in their over 140 years of history, holding to this day the world record for the biggest ever goal difference in their historic 36-0 win over Bon Accord in 1885. They presently sit top of the Championship table but the vision in their mind is clear – to continue to work hard, learn and build together, and ultimately, have fun while doing it.

A PILLAR FOR THE COMMUNITY

Arbroath FC has a particular affinity towards the community. Over the years they have led a number of initiatives through the Arbroath FC Community Trust, aimed at improving sport opportunities, health, education, and inclusion. Understanding the importance of mutual support and empowerment, as of 2019 Arbroath FC have joined the Scotland Police Keep Safe initiative, making their training ground officially recognised as a ‘Safe Place’ for anyone feeling lost, frightened, or victims of crime. This type of initiatives also allows Arbroath to expose their youth players to a growth path that will ensure both physical and character development, integrating them into the community with an understanding of how to have a positive influence and maintain a healthy environment.

In recent years Arbroath has managed to secure back to back promotions in winning League Two and then League One, giving them their current status in the Scottish Championship. Following their SPFL Ladbrokes League Two first place finish in 2017, the club decided to share their victory by organising a Trophy Tour. The trophy visited local schools, nursing homes, offices, children’s birthday parties, and many other places in Arbroath. A truly original and fun way to share the joy and excitement of winning a national trophy with the rest of the community.

Wearing the Arbroath FC shirt is considered an honour and a responsibility in representing both the club and the town. A club which has experienced so much growth whilst remaining true to its values. Togetherness, humility, and learning – these are the concepts embedded in the club badge and reproduced in the jerseys designed by Italian Hero company Macron, with its characteristic bespoke and technical design. Macron and Arbroath share an ethos of achieving the best results through hard work, of constantly striving for improvement and of supporting those around them. Arbroath FC truly embodies Macron’s Work Hard Play Harder mentality, a mutual understanding that gives strength to this partnership.