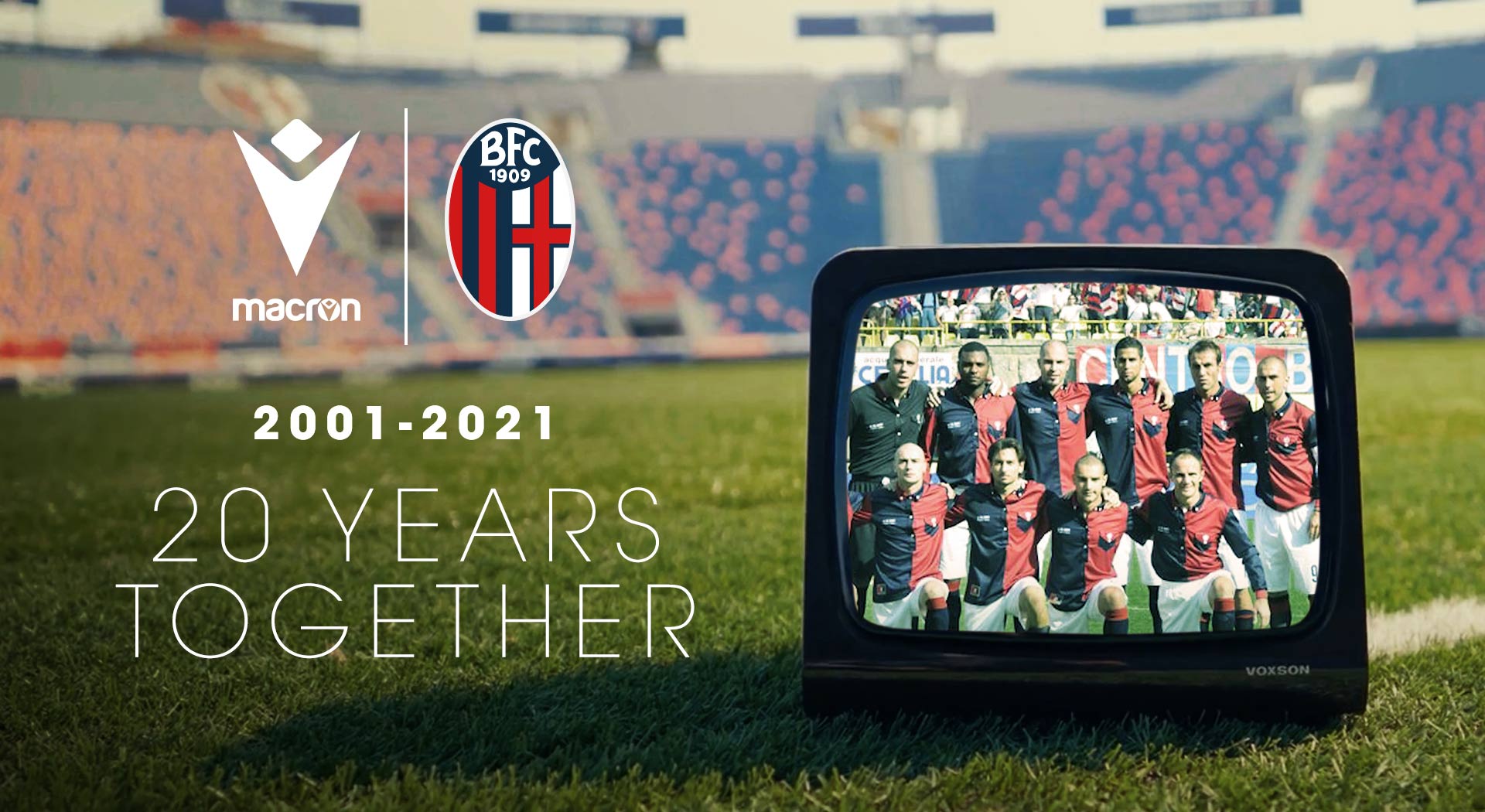 Macron, the Hero company, and Bologna FC 1909 celebrate 20 years of partnership, one of the longest in the Italian and international football scenes. A relationship that began in 2001 and that for Macron has represented the entry into professional football, a moment that kickstarted the journey that led the Italian brand to its current status as an international leader in teamwear.

To celebrate this special anniversary Macron has created "20 Years Together": an exciting video narrated through the voices of the protagonists who, from the Dall'Ara pitch to the desks of the Macron headquarters, work to give shape and life to the Bologna FC jersey. A docufilm between the historical, the descriptive and the technical: archival and current images of Macron and Bologna FC 1909 revisited through the testimony of those who have conceived and designed some of the most significant jerseys of the last 20 years, as well as those who have worn them and those who, every day, care, fold and prepare them for the players. Among the honourary narrators, Luca Carboni, an exceptional fan who holds a special place in his heart for the red and blue Bologna jersey.

An emotional journey that Macron's top management were able to share in preview in the Sala dei Sogni (Hall of Dreams) of the new headquarters, in Valsamoggia, with the managers of Bologna FC 1909 - including Claudio Fenucci, Riccardo Bigon, Cristoph Winterling - and the entire first team, led by Sinisa Mihajlovic.

Guests at the event included Federico Monti, author of the book 'La maglia del Bologna' and Matteo Campagna, Bologna FC's historic warehouse keeper, both of whom were involved in the making of the video.

"20 Years Together" celebrates a bond that goes beyond the professional aspect, and that in these years has always reflected the strong relationship between Macron, the Bologna club and the territory they both represent. Twenty years of ideas, design, colours and technologies that tell a piece of the history of Macron, the Hero company, and Bologna, 'The team that makes the world tremble'.