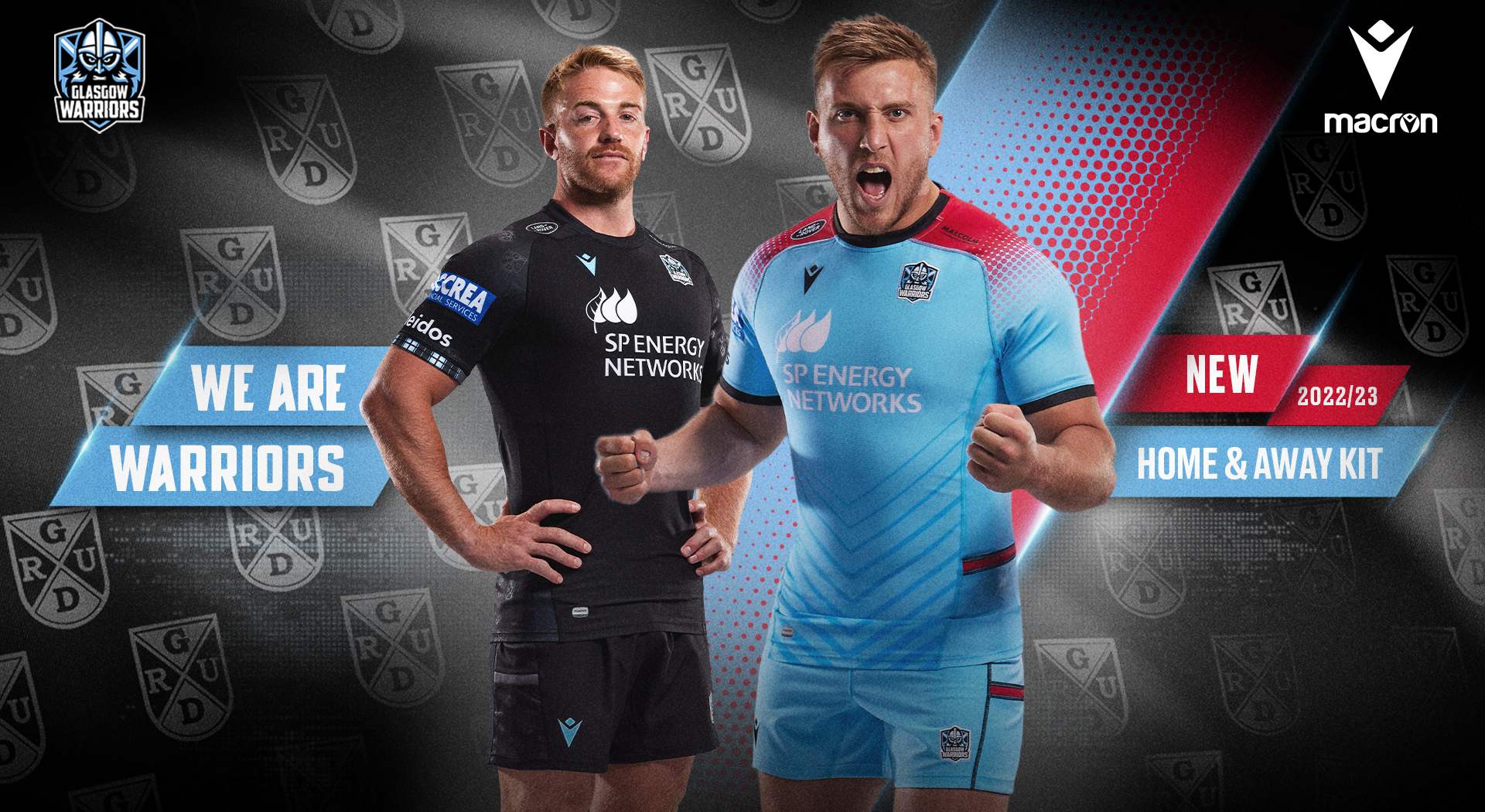 An all-black home shirt pays homage to the club’s history to mark the 150th anniversary of Glasgow District Rugby Union (GDRU), the amateur team from which the Glasgow Warriors fans know and love today was formed in the 1990s. The new crew neck style sees the club’s logo and the motto ‘WHATEVER IT TAKES’ feature on the back of the neck, with the motto also repeated in light blue on the sweat band around the inside of the neck.

The cuff of both sleeves is decorated with a dye-sub band of the official Glasgow Warriors tartan, whilst the Macron Hero logo adorns the right breast and the Glasgow Warriors club badge the left.

The shirt features embossed, tone on tone graphics on the sleeves, sides and bottom back. The design consists of the traditional GDRU shield, paying tribute to those that have gone before. The back of the neck is printed with the date 1872, the year in which the original club was formed. This date also refers to the 1872 Cup, the challenge match between Glasgow and Edinburgh that is still held every year and is considered one of the world’s oldest derby matches.

The Home kit's shorts are black with blue drawstrings and the same graphics on their sides. The socks, also black, have a blue Macron Hero logo on the shin and the words ‘GLASGOW WARRIORS’, also in blue, on the calf.

A striking new away shirt is also inspired by a famous era in the club’s history, recalling the Glasgow Caledonians side of the late 1990s. A primarily blue jersey with black collar and sleeve cuffs with black collar and sleeve cuffs, the shirt also features a large red stripe across the shoulders that fades onto the sleeves in a pixelated graphic.

The Macron Hero logo appears in black on the right breast and the club’s badge on the left. The Away shirt is also embellished by another graphic detail; a series of tone on tone Vs in various thicknesses in one half of the shirt, inspired by the club’s logo. The back of the neck and sweat band are customised just like those of the Home shirt, and the date 1872 again appears at the back of the neck, this time in white.

The shorts are blue and, on the sides, repeat the same pixelated graphics found on the shoulders and arms of the shirt. The socks are in blue with a red cuff and have a horizontal black band in the middle.

A new range of technical sportswear kits feature the colours black and blue, made unique and exclusive by stylish graphics highlighting an abstracted camouflage effect in light blue on the shoulders and sleeves of shirts and vest, while a tone on tone on the anthem jacket. A total custom training jersey combines basic black with bright yellow and pink tones on the sleeves and a sublimation print graphic with diagonal stripes in shaded yellow and pink.

Both shirts are Muscle Fit and made from Armevo and Bodytex fabrics, which make them light, breathable, strong and comfortable to wear on the pitch. The kits developed by Macron for the Glasgow Warriors are available from the section of the macron.com website dedicated to the Scottish club. 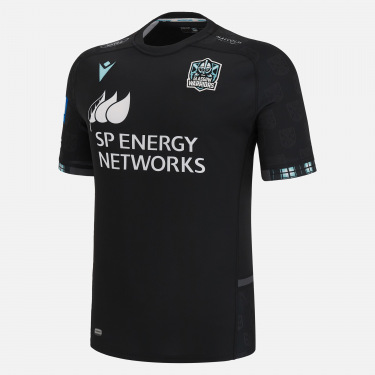 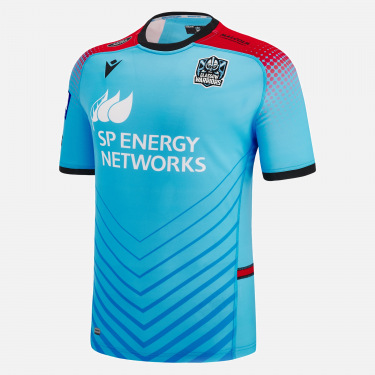