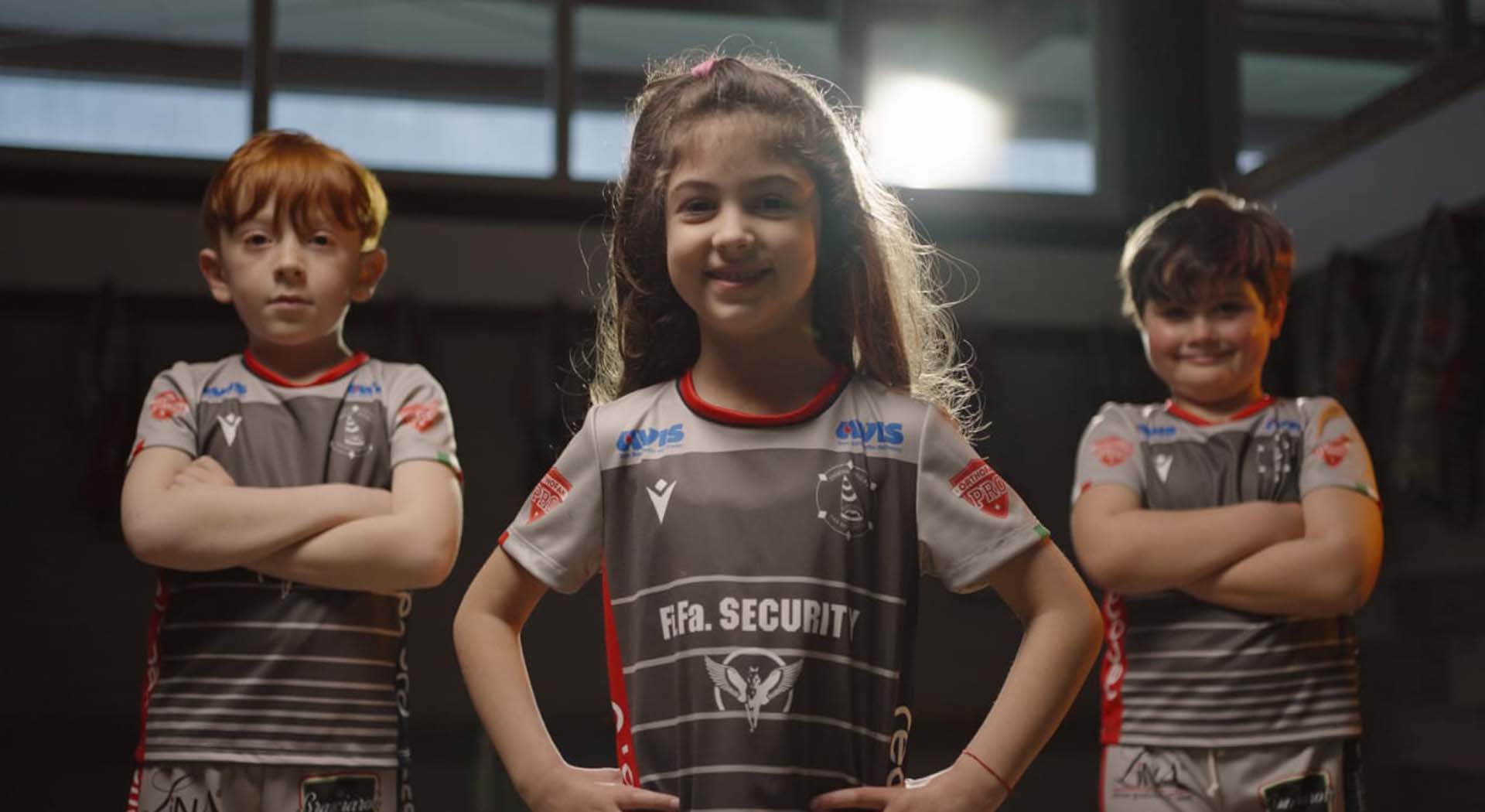 DEVELOPING THE RUGBY MOVEMENT IN THE MARCHE REGION

Formed no more than 11 years ago from the fusion of Legio Picena and Rugby Samb, Asd Unione Rugby San Benedetto was born with a clear ambition: to make the rugby movement in San Benedetto grow from the bottom up. This means equipping and organising an entire organisation around solid and shared principles, capable of being transmitted to all members and becoming the identifying traits of the club itself.

RUGBY AS A MOMENT OF GROWTH

It is no coincidence that the commitment of the staff of Unione Rugby San Benedetto has always been to instil the values of society and sport in children and young people who approach this discipline. For several years now, the red-blue club has been taking this path of growth to local schools, with sports projects developed to bring as many boys and girls as possible into the world of rugby. Among the many, Giorgio Valeri particularly embodies and represents the love for this jersey. He grew up in the youth ranks of Rugby Samb 1973 and has fully embraced the project of the new club Unione Rugby San Benedetto, playing in the first team and becoming a symbolic athlete. As of this year, he is one of the 15 members and is the coach of the Under 13 team.

When looking at the bigger picture, it is clear that the Unione Rugby San Benedetto project is not limited to maintaining a good youth sector. There are many virtuous objectives on the company's agenda that mark the path to be followed. Firstly, to succeed in having every male and female category registered in the F.I.R. championships. Secondly, to become the permanent home of an internationally important sporting event. And finally, to expand the structure from 2 to 4 pitches with adjoining spacious stands, ultimately creating an 'oval ball city' as a reference point on the Adriatic coast.

Projects, not utopias, built together with their technical partner, who shares the same foresight and sporting passion. Unione Rugby San Benedetto now dresses all its categories in the same Macron jersey, in all leagues, from the Under 5 to the Seniors. A jersey that represents an idea that has become reality, present and future. An idea of sport worn with pride and passion by all generations of San Benedetto rugby players.