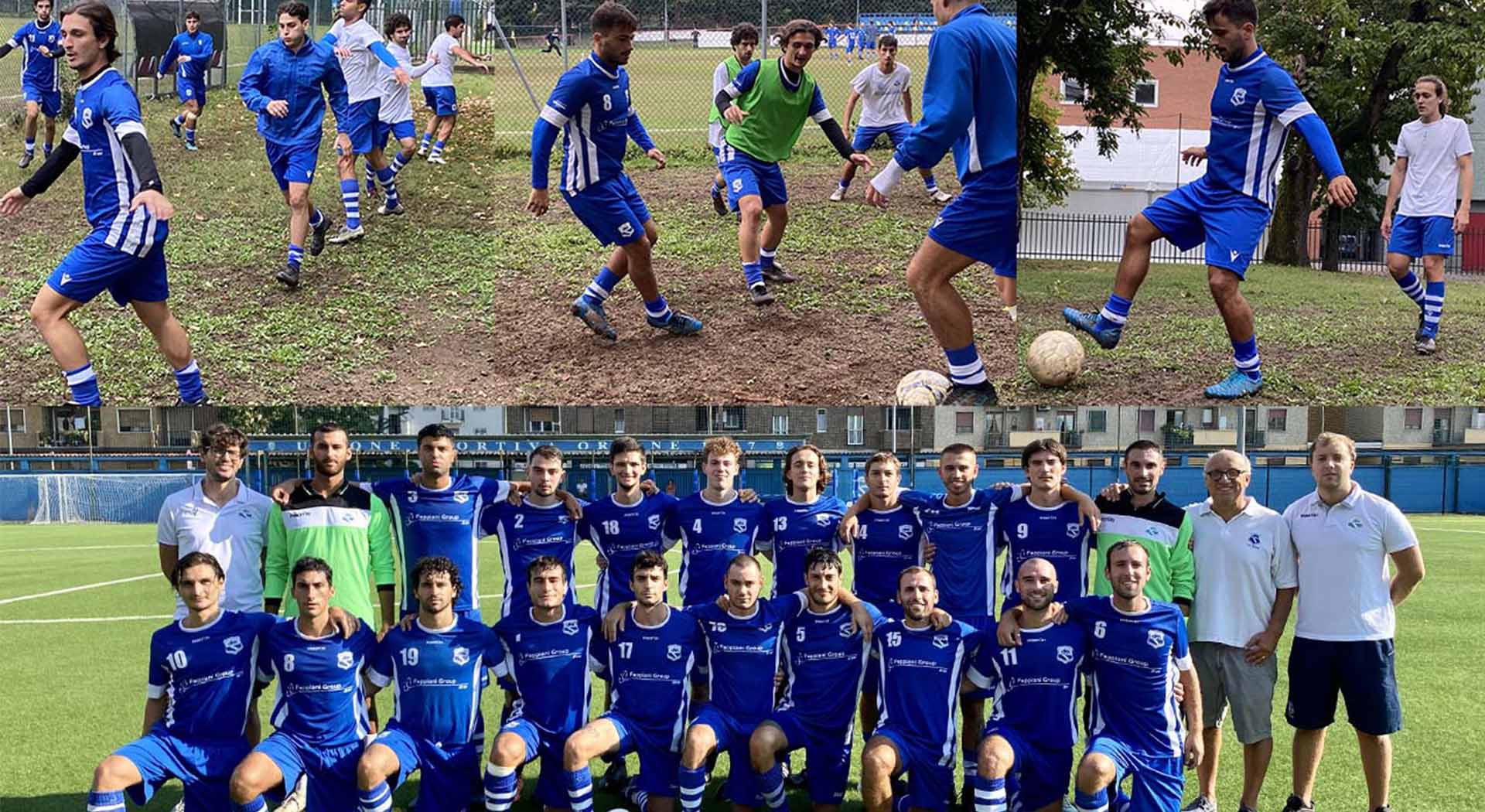 A player in Serie A can tattoo a Scudetto on his arm. Therefore, it's fair for the lads of Unione Sportiva Orione to tattoo the date of 16 May 2022 on theirs because this is the date of the most exciting chapter in the history of this Milanese club. "Come on, boys, let's make history", the coach said as the side walked out onto the pitch. And that's exactly what they did. In the club's 75th year, the senior team won the Lombardy Cup after an amazing and exhausting journey that began last September and finished in May this year. 267 teams entered the competition, but in the end, the lads of U.S Orione lifted the Cup. The "White and Blues" won the final against Gandinese by 2-1, with the first goal scored by the team's captain, Gallizia, and the second by Murtas. It was an exhausting match, but in the 95th minute, US Orione not only won the regional trophy for the first time but also finished in first place for promotion to the Prima Categoria.

NO ONE WAS BORN A HERO, BUT YOU CAN BECOME ONE

Behind this success are many passionate people's hard work and courageous determination to achieve an aim. Statistics like the number of wins and goals scored are important, but even more so are things like gritting your teeth and playing with a painful ankle or swollen knee, racing from work not to miss training, and all the other sacrifices, efforts and joys of being part of a team. The enthusiasm and commitment of the players and everybody who works for the club daily are what really counts. So this result for a small local club with just one pitch, run entirely by volunteers, is impressive. It proves that you can reach any objective if you have the will and are ready to work hard and take on challenges, knowing that everything is possible.

THE STORY OF THE TEAM AND A PITCH THAT OFTEN FLOODED

The badge of Unione Sportiva Orione bears the date 1947, the year of the club's foundation. In those years immediately after the war, when Milan was slowly getting back on its feet, the U.S. Orione's pitch laid two metres below road level and flooded regularly. The players reached Cascina Restocco, once on the very outskirts of Milan, either by foot or on bicycles. Today, the location is thought of as just outside the city centre. Thanks to the initiative of the priest Ignazio Cavarretta, the Don Orione parish formed a sports club to bring together youngsters of all origins, religions and social conditions. Those were heroic years, and the club and its players soon began to flourish. U.S. Orione has advanced in giant leaps: the club joined the FIGC, the Football School, formed a women's team and began racking up wins.

A BRILLIANT PRESENT AND A FUTURE YET TO BE BUILT

Today is the highest point in the history of U.S. Orione: success in the Lombardy Cup and subsequent promotion means that the club will play in the Prima Categoria championship for the first time ever. This exciting new challenge will provide an opportunity to consolidate past successes and aim even higher. It has been amply demonstrated that the future has not been written yet. With good planning and a spirit of sacrifice, anything is possible.

A football player's shirt is like a second skin. The shirt represents the team's spirit, identity, eagerness to accept a challenge and willingness to work hard and take risks. Believe in yourself and respect others. "Work Hard, Play Harder". At least, this is what the players of U.S. Orione think.