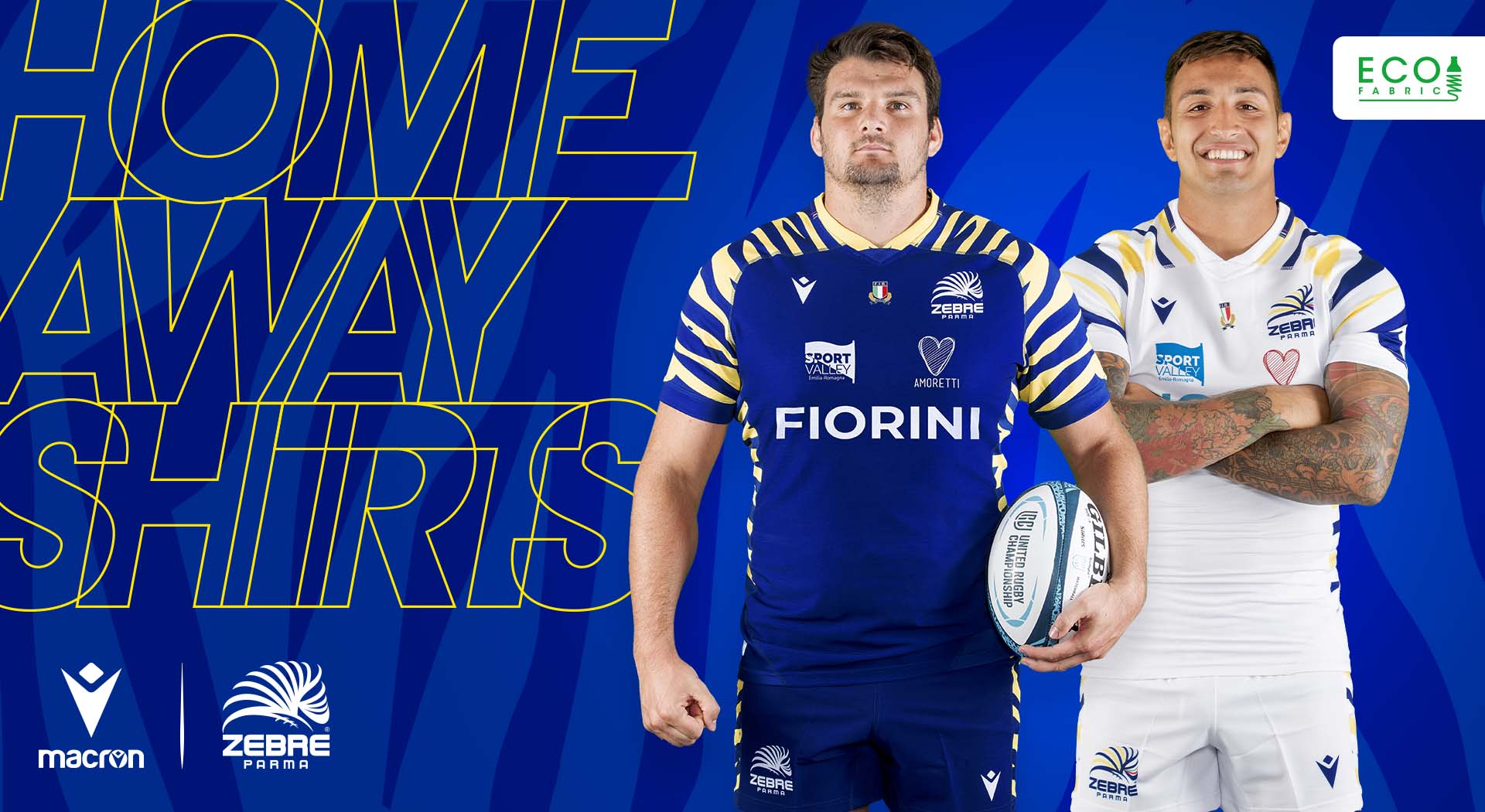 A club’s shirts convey its identity and character, and the ones the Zebre Rugby Club has presented for the 2022-2023 season are a case in point. Starting from next season, the team’s shirts will adopt the yellow and blue colours of the coat of arms of Parma, the city that has been home to the Italian Rugby Federation’s franchise since 2012.

As explained at the presentation of the new Parma Zebras’ logo, the team’s close links with the city will be proudly declared by the kits the first 15 will wear for prestigious international games against top European, British and South African teams playing in the United Rugby Championship and EPCR Challenge Cup.

Complementing this innovation, the Zebras’ new shirts also convey the team’s history and identity with a homage to the videoanalyst Luca Sisti, who died in 2015 as the result of a road accident, and to Leonardo Mussini, the club’s communications and marketing manager, who died prematurely in September 2021. The phrase ‘LUCA E LEO SEMPRE CON NOI’ (Luca and Leo, with us always) is reproduced on the back of the shirt, commemorating the two key figures the team has lost and taking their memory on to the pitch for every game.

Zebre Rugby Club revealed their new Home and Away kits for the United Rugby Championship’s 2022-2023 season in collaboration with Macron, technical partner to the Federation’s franchise. Both kits convey a clear message of sustainability and respect for the environment, being made from Eco-Fabric, a 100% polyester fabric derived from recycled plastic.

The new ‘Home’ shirt is blue and has a V neck with yellow trim. The sleeves and sides of the shirt, front and back, feature yellow zebra graphics that convey the team’s identity. This original pattern is the creation of Areaitalia, the Parma-based communication and advertising agency that has partnered the club since it was formed in 2012. The backneck label is customised with the club’s logo. On the shirt back, the phrase ‘LUCA E LEO SEMPRE CON NOI’ appears across the shoulders in memory of Luca Sisti and Leonardo Mussini. The Macron Hero logo is reproduced on the right breast, the logo of Federazione Italiana Rugby in the centre, and the club’s own badge on the left breast.

The Italian flag appears in a half-moon shape at the bottom of the shirt with the motto ‘AUT FACERE SCRIBENDA, AUT SCRIBERE LEGENDA’ underneath. This Latin phrase, written by Pliny the Younger, can be translated as ‘do things worth writing about or write things worth reading’ and refers to the Zebras’ determination to make a name for themselves on the rugby pitches of Europe. The shorts are blue with side bands replicating the shirt’s yellow zebra graphics. A half-moon shape at the back displays the colours of the Italian flag. The socks too are blue, with a yellow Macron Hero logo at the front. On the calf, a vertical band reproduces the colours of the Italian flag and contains the word ‘ZEBRE’ in yellow. 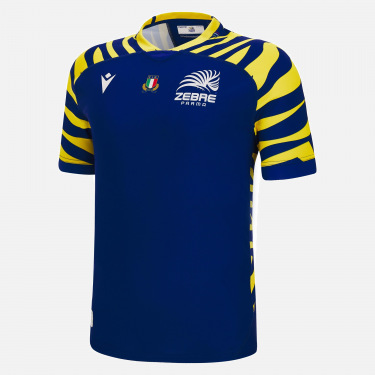 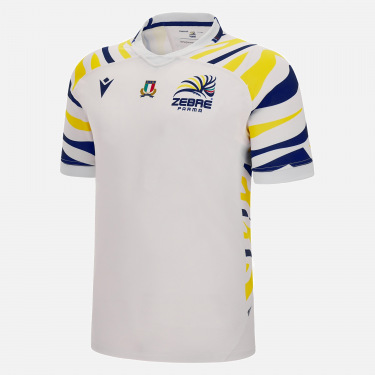