MACRON AND RED STAR TOGETHER AGAIN UNTIL 2027 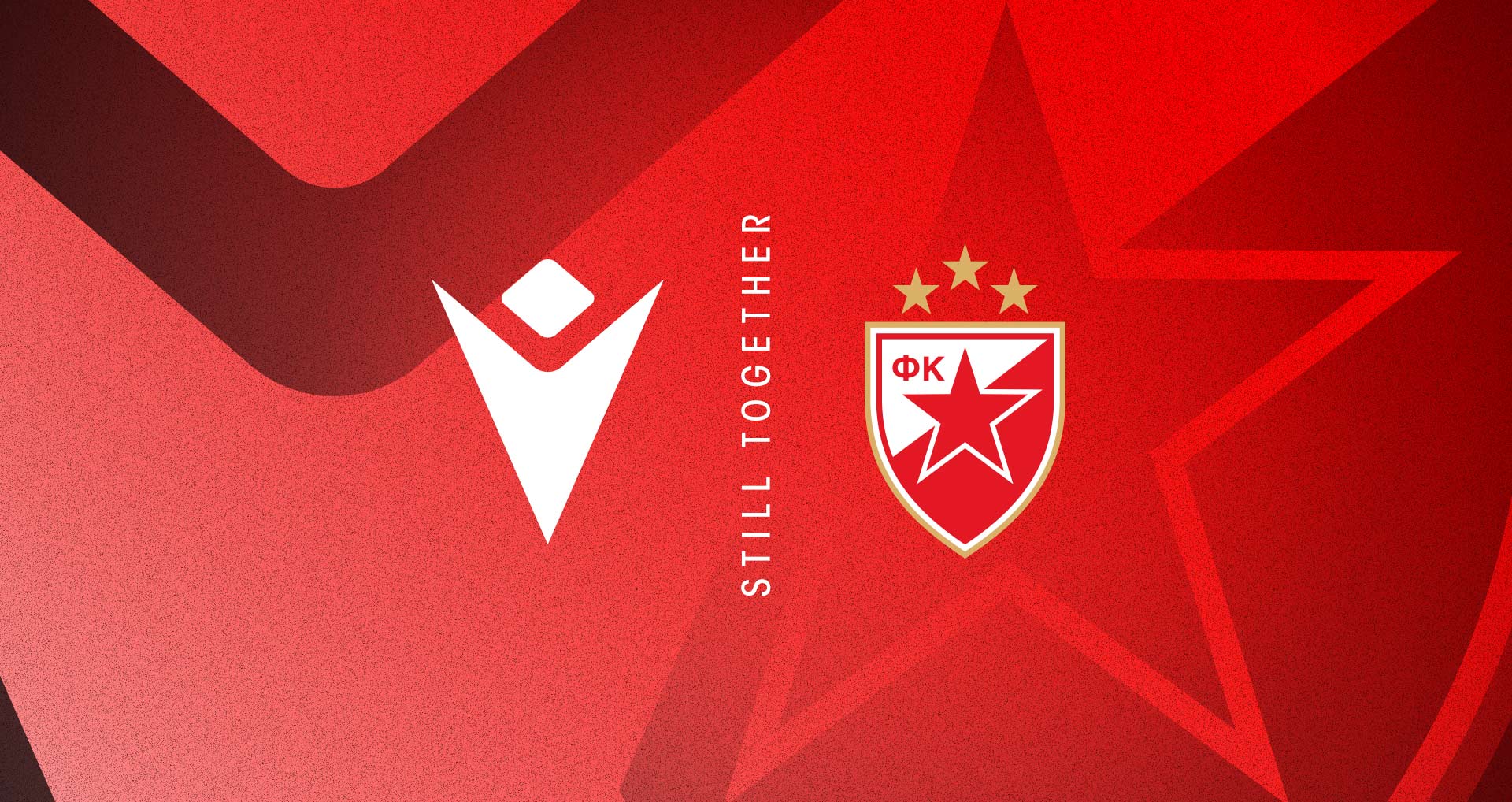 2020-2021 has been a fantastic season for Crvena Zvezda, or Red Star Belgrade as they are known internationally. Dejan Stankovic’s team confirmed their 32nd Serbian Championship title (the fourth in a row) with four matches to spare, closing the season with 108 points, a new record for one of Europe’s leading national championships. And to top it all, the Serbian Cup, won in a hard-fought final against arch-rivals Partizan Belgrade with whom Red Star is engaged in a never-ending derby. Thus, Red Star completed the ‘double’ 14 years after the last time.

Macron has been at Red Star’s side as technical sponsor since the 2017-2018 season and has shared all the Serbian club’s victories over the years. This long-standing relationship is now being further consolidated and extended: the sponsorship agreement is being renewed until 2027, creating a 10-year link between the Italian sportswear brand and the Belgrade club. An amazing, heroic season has just come to an end. Now it is time for Macron and Red Star to look to the future.

A new season will soon be upon us, packed with national and international matches in which the “red and whites” are guaranteed to excite with their brilliant game, well-organised teamwork and fiercely competitive approach. Team spirit, a sense of belonging, ambition and sacrifice: the values of the Macron brand are all on display on the jerseys that tell the story of this great European football club.