Rugby Parabiago: the same enthusiasm for over 70 years 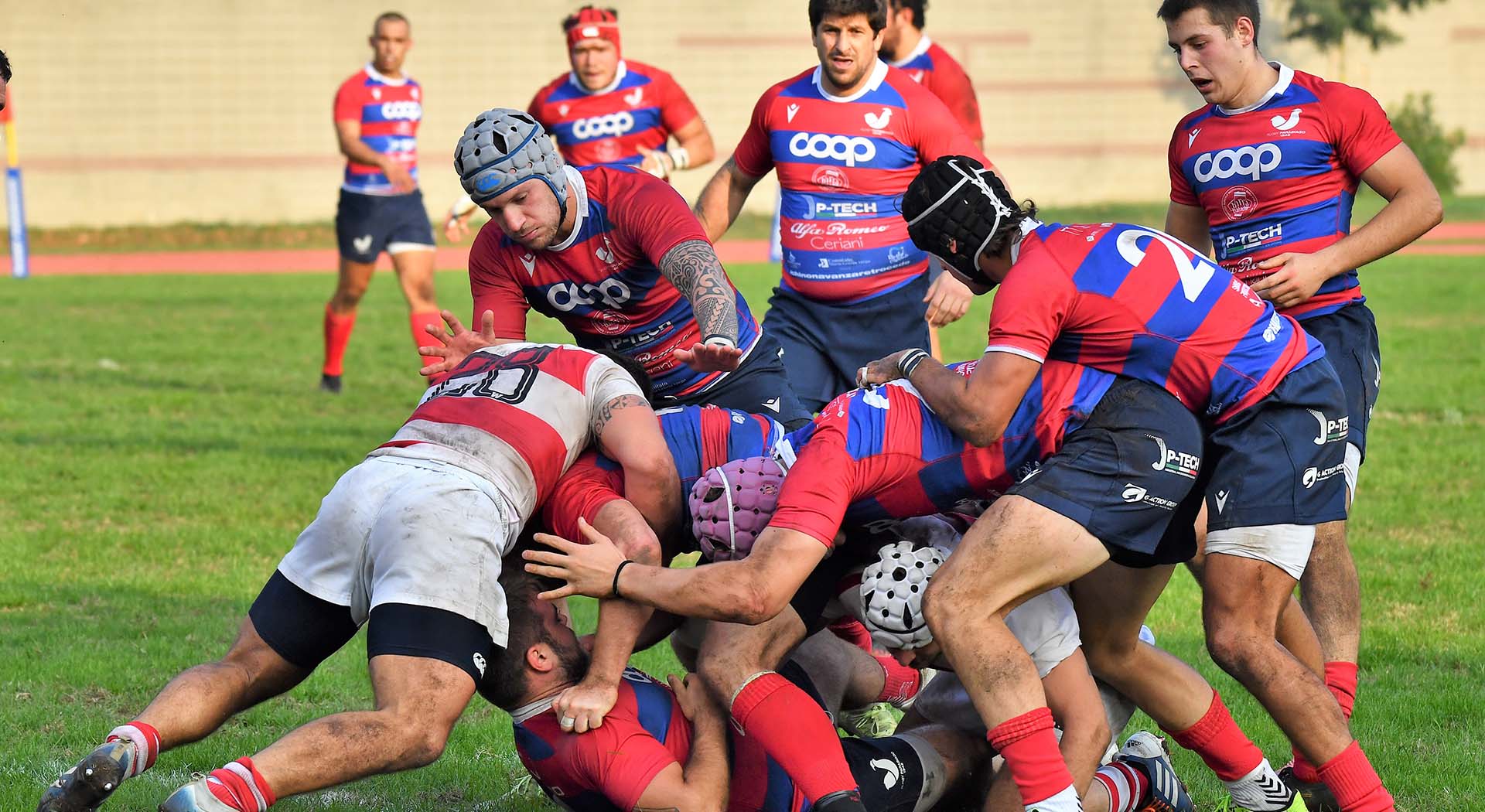 Rugby came to Parabiago in 1945 thanks to the passion of Leonardo Sega and Tolmino Puggioli, two young men from Bologna. They formed a team and started to play, choosing the colours red and blue in homage to their native town. 1948, the year in which the club joined FIR, was the beginning of a story that has lasted over 70 years. The team has played in Serie C, Serie B, and Serie A, with the occasional promotion and relegation, but every season has been exciting, with names and events worthy of recording in the history of the club. With a great history behind them, a successful present and a promising future ahead, the men’s first 15 plays in Serie A and has performed admirably on the pitch for a number of seasons. The women’s team is making great progress and this season will compete against the top Italian clubs in the women’s Eccellenza championship.

Love, passion, dedication and sense of belonging are the driving forces behind a club like Rugby Parabiago, along with good management and attention to sustainability. The club has a clear vision and an equally practical mission. “To be amateurs who play like professionals, enjoying the game and eagerly experiencing moments of learning, belonging, solidarity and collaboration.” The club’s objectives include encouraging family and children to follow the path of sporting enjoyment and human togetherness; competing at the highest levels of Italian rugby; developing an in-house Academy as a sporting and cultural initiative for local youth; making sports infrastructure more efficient by improving existing facilities and building new ones; working for energy efficiency and environmental protection and raising awareness around waste recycling and what it means for the environment.

NUMBERS THAT MAKE A DIFFERENCE

Constant commitment and continuous personal development of all those involved in the club allow Rugby Parabiago to pursue not just sporting challenges but other projects too. The club has around 1000 members involved in various activities, including: 80 players in the senior category, 46 players in women’s teams, over 300 players in the Under 7 to Under 19 and touch rugby , 350 children aged from 2 to 5 signed up for the Rugbytots activities and 80 participants in the Go-all project. And that is without counting the members of staff and volunteers who play a decisive role in the club. The activities and management of Rugby Parabiago make the club a point of reference on the Lombardy rugby scene and clearly justify the Italian Rugby Federation’s choice of the club as one of 7 centres of sporting development.

A FOCUS ON YOUNG PEOPLE AND SOCIAL RESPONSIBILITY

Growing up with rugby and its values means becoming athletes and men. Young people have always been central to Rugby Parabiago, which sees itself as a third provider of education and support after the family and schools. The club’s many activities are therefore organised with young people in mind. The “Trofeo del Galletto” is just one of these – a national tournament that every year sees hundreds of youngsters ‘invading’ the pitch of the “Venegoni-Marazzini” stadium, home to the Red and Blues of Parabiago. Then there is ‘Rugbytots’, the world’s first activity programme involving the oval ball for kids aged 2 to 5. Finally we have Rugby Parabiago Cares, a non-profit social project aimed at promoting the sport’s positive and educational values through practical and visible solidarity campaigns like #cuorerossoblu.

The hours post-match are a time of togetherness and exchange in the true spirit of rugby. Rugby Parabiago has extended this time of sharing not only to its own fans but to the whole community. RugbySound is a one of a kind event. It began as an end-of-season musical happening for the club and its supporters, but over the years has morphed into an event of national importance that has attracted artists like J-Ax, Fedez, Litfiba, Skunk Anansie, Salmo, Subsonica, Fabri Fibra, Max Gazzè, Negrita, and Max Pezzali.

HE WHO DOES NOT GO FORWARD, GOES BACKWARDS

“He who does not go forward, goes backwards” is the motto and the philosophy of Rugby Parabiago. It means commitment, determination to improve, accepting all challenges, giving your all, striving for an objective, believing that all limits can be overcome and, when the passion flows, becoming your own hero. #BecomeYourOwnHero. These are the values of all those who live and love the sport of rugby, and of all those who wear their team’s shirt with pride and identify with its colours and symbols.